More often than not, in cakes, it's self-raising flour.  You'll find plain flour in a recipe if it has baking powder, too.
Flour serves three purpouses:

Fat comes in the form of butter, margarine or occasionally- oil.  It's possible to have fatless cakes, such as swiss rolls, but they don't stay fresh for very long at all.
Fat has several functions: 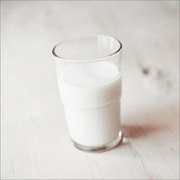 The liquid in a cake actually has very few functions.  Normally it's milk, but is also sometimes water or syrup. 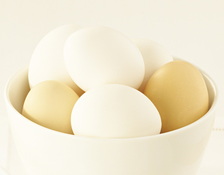 It's possible to get eggless cakes, but they aren't very tasty or hugely nutritious.
Eggs serve a pretty big part in cake making, so you can see how an eggless cake would be not so nice.. 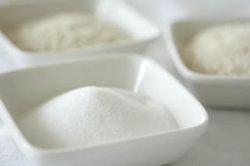 A cake without sugar would be a simple batter. Or a pancake.
Sugar is as important as flour, for these reasons: 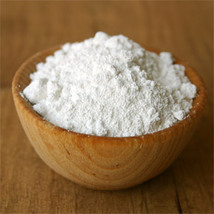 A cake without a raising agent would not be a cake. It would be a brick. People cry when they forget baking powder, it's very very very important! So important that there's a whole page on the different kinds.
For this simple reason:

Baking powder is Mary Berry's best friend. She has a thing about risen cakes...